Founder and CEO of Manasota Key Realty, Inc. He is a resident of the Englewood area since 1973, previously in Orlando. His wife Linda and son Blake make up their family. He enjoys watersports, boating, tennis, making music and life on the beach.

A marketing and telecommunications background of studies formed a good basis for a career in Real Estate. Moved to Englewood in 1973 to operate a resort facility with wife Linda and in 1980 founded Manasota Key Realty. 25+ years of property management experience. Specialist in waterfront development, marketing and sales, beach erosion on the Florida West Coast and property management services. E-Pro electronic marketing specialist.

Linda is a Florida original. Born in Orlando, she moved to Englewood with her parents as a young girl. Her parents owned and operated a resort facility on Manasota Key, so she has been around rental properties most of her life. Englewood was a great place to grow up, especially for a young lady who loved the beach and the sunshine and fishing in Lemon Bay.

After graduating high school she attended Manatee Community College in Bradenton and then went on to graduate from Florida Atlantic University on the east coast of Florida. She began a teaching career in the Orlando area where she met her husband David Lipstein, who was working in Orlando at the time.

Not long after they were married, the two of them moved to Englewood and worked full time operating the resort facility her parents had built at The Angler’s Resort. Within a few years they opened their own real estate company, Manasota Key Realty, which they have owned and operated since then.

Linda and David have 1 son, Blake Lipstein who is attending State College of Florida in Venice. He plans to continue his studies at USF. Their family has lived in Englewood ever since.

Blanche was originally from Staten Island, New York. She and her husband John moved to Florida 13 years ago. She lived in the Gainesville area and developed her property management skills there. Blanche moved to Manasota Key in 1990, and has been a host to owners and guests alike at this attractive Gulf front complex of 1, 2 and 3 bedroom waterfront units. It was at this time that she began her association with Manasota Key Realty.

Today she continues to serve the complex as the resident rental and sales. She enjoys bowling, beach activities, and hunting down some great homes and condominiums. She reads a lot and enjoys a good crossword puzzle too. Blanche is a licensed real estate saleswoman and licensed Community Association Manager.

Blanche is very knowledgeable on Manasota Key Condominium properties, that’s her specialty. Give her a call and you will see.

Kim was originally from the central Florida area, but has been a long time resident of the Englewood area. What an impact she’s had in the almost six years she’s been here! Along with Kim’s amazing attention to detail and her use of essential oils, she adds her personal touch to every property she enters. Among the many things that she enjoys, Kim also helps her husband grow many of their own herbs and vegetables and periodically shares them with her co-workers. And those essential oils that are part of Kim’s signature cleaning? Well they are custom blended by Kim herself! All of Kim’s family lives in the area, including her four kids and husband, all of which give her amazing support and are the loves of her life!

Kacie was born in Tampa, Florida and moved to our area shortly thereafter. After graduating from Lemon Bay High School here in Englewood, she worked at Walt Disney World in Orlando and then in Japan for three years. She traveled the seas as an entertainer on cruise ships for several years before returning to Walt Disney World. After retiring from entertainment she became a certified pharmacy technician and worked at the Orlando Regional Medical Center in the surgery department. Several years ago, she and her husband (and pets!) moved back to the area to be closer to her family and she began working at Conch Out Vacations. She enjoys spending time with her family and spends most days at the YMCA doing various classes. When time permits, she also enjoys reading and tending to her many orchids.

Born and raised in Englewood, Blake graduated from Lemon Bay High School in 2010 and later went on to community college for two years. Graduating from the University of South Florida with a Bachelor’s Degree in Marketing he then turned his focus on working here at Manasota Key Realty as a full time Administrative Assistant. When not working, Blake likes to spend his free time with his 1 year old Corgi named Jake and hanging out with his friends and family. Having always been active, he also likes to play basketball and just about anything involving water including skim boarding and jet skiing on his off time. 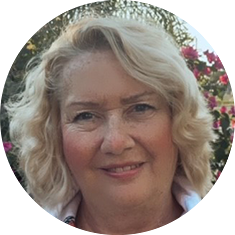 Terri grew up in Indianapolis and lived in Unionville, a small town on Lake Lemon between Nashville and Bloomington, Indiana. She worked at Indiana University for over 15 years working with undergraduate and graduate students as well as serving as fiscal officer within academic departments, and is QuickBooks Certified. The long cold winters led Terri, her husband and daughter to come to sunny SWFL in 2015 and choose the Rotonda West area as their home. Since moving to Florida they have established an “in your home” pet-sitting business that serves Rotonda West and the Englewood area. Terri is studying for her real estate license and is an avid reader, enjoys crafts, and simply being outdoors.

Milt was originally from Orlando, Florida, and moved to Englewood with his family as a youngster in the mid-1950's. His family established the Angler's Resort on South Manasota Key, so has been around the Resort and Hospitality business all of his life. He is a graduate of Tulane University, but made his way back to Englewood with his family in the 1970's and has been here since. Milt owned a hardware store here in town for nearly 15 years, then worked for the State of Florida until he retired from public service in 2005. He is an avid sports car enthusiast and enjoys writing in his spare time. He is a licensed real estate broker, and helps take care of our Guests and Owners at the various condominium complexes.

Originally from Clinton, NJ, Alyssa grew up spending her vacations traveling to Manasota Key with her family where they fell in love with the beach and especially looking for sharks’ teeth. After many years of visiting, Alyssa’s family made the move to Englewood Florida where she graduated from Lemon Bay High School and then moved to Jacksonville where she graduated from the University of North Florida with a Bachelor’s degree in Elementary Education. Alyssa devoted 7 years to 3 school districts and variety of elementary grade levels which has led her back home to Englewood where she has chosen to use her love of people to get a license in real estate and help renters find their perfect second homes. Alyssa loves her dog Sammy, her fiancé Blake, and boating around Stump Pass.

Originally from Baltimore, Maryland, Dave moved to Englewood 16 years ago during his senior year and  graduated from Lemon Bay High School.  Sometime after moving to the area, Dave met his wife, Tara and they now have three kids and share their home with their pets.  As Maintenance Coordinator, Dave oversees all maintenance requests that come into our office from internet and cable issues that our guests may be having to repairs and estimates at the request of our owners.   Dave has been a wonderful addition to the Conch Out Vacation Rentals team and is always ready to lend a hand to our guests, our owners and his fellow co- workers.

Scroll back to top